In this lil game of ours, it is easy to get so focused into collecting items or unlocking characters that we tend to forget the lil things that make the game what it is. Like Where the HELL did these items come from and why are they in our games?

With the new Undercover Gigg-Olo event in town we’re getting to see some new characters. But just where have we seen these characters before? Well in the Family Guy TV show of course. Charmisse, made an appearance in a rather sad but memorable episode of the show. So join me on a journey down memory lane as we stroll through her Family Guy appearance.

It all starts when the guys, Peter, Quagmire & Joe,  get crazy drunk on a wild night out at Harvard.

And that wild night ends with Quagmire a married man Can you believe it? Yes he’s only gone and married Charmisse, a hooker by day, prostitute by night type, who sees Quagmire as her retirement package. 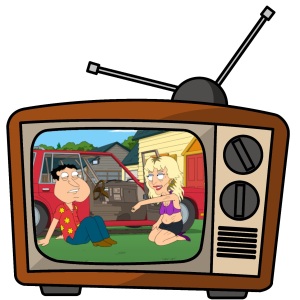 Unfortunately for her, Quagmire has no plans for them to ride happily into the sunset together, but that changes when Joe points out how costly a divorce could be. With his finances at risk all Quagmire can do is try to settle into married life and  make a go of things.

However Charmisse soon starts to pick up on Quagmire’s reluctance in the bedroom department.

Now all they need to do is prove they’re a couple as Charmisse looks on. Hesitantly they prepare to make out. 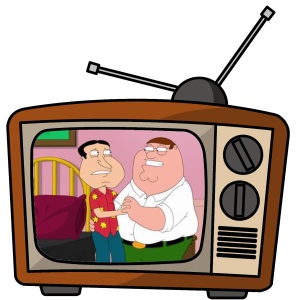 But just as things start to get sexy serious Charmisse calls a halt to the charade, telling Quagmire she knows he’s straight but if he wants a divorce that badly he’s got it. And with that Quagmire is single once again as Charmisse walks away, never to be seen in Quahog again, until now that is.

So there you have it, the origin of Charmisse. Do you remember this episode? Or have you never seen it? Do you now plan to watch it?