Getting a lot of comments and concerns regarding the disappearance of Clam TV from our games, so thought I’d try to settle the clam before the storm with a little post. 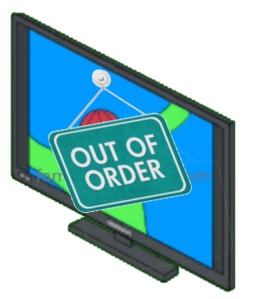 Ok, so basically some of us were having crashing issues when Clam TV was appearing in our games or whilst we were trying to watch the commercials and this was adding to the general crashing and freezing the Quahog’s Excellent Adventure event has been causing. I know very well the frustrations of this, as despite having 2 brand new and highest memory IOS devices I was having the worst crashing and freezing issues I’ve had since I started to play over 3 years ago. Other players were reporting the same, both here in the comments and obviously to TinyCo. In fact a big proportion of our recent comments related to either issues with Clam TV crashing or issues with not players not receiving Clams earned for watching Ads or completing Offers. So in order to get to the bottom of this issue TinyCo have removed the option for us to get free clams in these ways, BUT DON’T WOERY, it’s just temporary. Clam TV will be back!!! In fact if you’re on Android you might be seeing it already. But if you’re on IOS like me,nI know you are still missing it, I do to, that opportunity for free clams every day is very valuable to us players, and I know it’s frustrating to be missing out on them, but as I  said they will be back. So just make sure you keep your game updated to the latest version and as soon as we hear Clam TV is back, we’ll let you know!!! But in the meantime all I can say is Keep Clam and Carry On.

This entry was posted in Glitch and tagged Basic Troubleshooting, Clam TV, Crashing and Lagging, Family Guy Addicts The Quest For Stuff, Family Guy Tips and Tricks. Bookmark the permalink.