Not going to deny it, this is my kind of Mystery Box,  packed full of characters, costumes and no materials. For 200 Clams per try you’ve the chance to win a returning character or costume. The 200 Clams is an ouch, but I’m not going complain too much as it’s a good Box.

Be aware it’s a limited time Mystery Box, you’ll see the Icon with the timer counting down in the bottom right of your screen. Clicking on it will take you to the box in your Store. 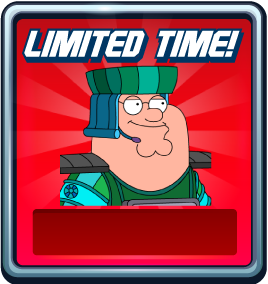 And here’s the full list of characters and costumes in the box. Remember you’ll only see characters/costumes you don’t have so you might not see everything listed here.

I’ve personally picked up 3 characters I didn’t have so I’m happy. But what about everyone else? Anyone else tried their luck? Let us know by completing the poll and telling us what you won in the comments.