Rise and shine cause its Questline time!!! 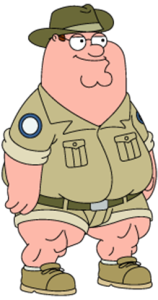 Yes let’s gather round and take a look at this new costume’s questline and tasks.

Have Zookeeper Peter Play With His Tigers: 4hrs

Have Zookeeper Peter Do A Magic Trick: 6hrs

There you have it, the lowdown on some of the new content hitting our games.

Where are you so far? Any tips for fellow Players? Liking it so far? Let us know.

This entry was posted in Special Event and tagged Family Guy Addicts The Quest For Stuff, Family Guy Game, Family Guy Tips and Tricks, In A Pinch, Leprechaun Brian. Bookmark the permalink.