We’ve had lots of kapow in events gone by, but now it’s time for some more K-pop, as a trip down a Korean memory lane comes to Quahog in the Winter Summer Reunion  event.

You can see the countdown timer for the event and other details by clicking on the Event Info Icon at the bottom of your screen.

***This Event is inspired by the Candy, Quahog Marshmallow episode of the show ***

***Bad Boy Peter isn’t showing as yet, but I’ll talk about this more later***

***Check if you got your 15 Clams for completing Boys In The Band set, my set changed to show Bad  Boy Cleveland was required to complete, but has now changed back to K-Pop Cleveland and set completed, but I didn’t get the pop up or the 15 clams***

I know duplicate characters and lockout issues are continuing for some, I’ve reported back on this numerous times to TinyCo and they advise they are still working all out on a fix.

Old Questlines triggering. I’ve currently got 10 that have reappeared in my game, mostly related to the Hot, Wet Summer Quahog event. I’ve reported this.

If you are having any other issues let me know in the comments. 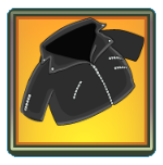 As requested I’m going to put the main questline post up quickly and update it as I progress.

There’s a 10 Clam Reward for completing the Questline.

This is a new feature added last week to make it easier to find what TinyCo call Squatters, that’s the little baddies we clear during events, this week it’s still Paparazzi. But this time it’s back to bombing them and if you want to take out the maximum 4 with one bomb you’ll need to pull your sidewalks up. This is where I thought the button wouldn’t be as useful as it could be.

Anyway to use it this week, simply tap on the walking icon located at the center of the right edge of the screen and the game will automatically set the target on a  Paparazzi. But as I say you can clear 4 with one bomb if you get them bunched  together.

Tell us if you like this new function in the poll HERE!

Bad Boy Peter (Character Costume): I’m guessing, and I repeat, guessing,  he be available as part of a second round of  the Quest For Supremacy (Team Battle) but we won’t know for definite until later.

The main event currency is Soju Bottles and this is used to buy event items in the K-Pop Stage Warehouse.

You can see how many you have at the top of your screen in this box.

As I said above I think we will see another round of this to win Bad Boy Peter but at this time this is just me speculating. No confirmation from TinyCo as yet.

Here is where you will spend the Event Currency you collect while playing the game to unlock Buildings & Decorations to use to further your game play in the Event.

Here are the items you can unlock during Week Three… 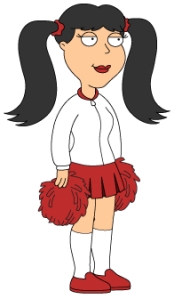 The Punk Cheerleader Boss, who doesn’t look in the least punk, will trigger as soon as you start week 3 of the event. This is your Main Boss this week. You will “Bribe” her with Bribe Money or Bribe Gold to defeat her to the highest level possible and obtain the most prizes.

You’ll see her wandering your sidewalks with a timer above her head.

Simply tap her and you’ll see the level requirement bribe and rewards. Collect the Bribe Money or Bribe Gold necessary for the bribe then hit, eh, “BRIBE“.

Here is the bribe costs and rewards and rewards from my game. The amounts will be the same in your game, but the item may differ, i.e. 1X will require 1 Bribe Gold rather than 1 Brude Money.

You have 24hrs to hit the highest level before the Punk Cheerleader will rest (cool down). Her cool down is 2 hours.

Please note when she returns she will be back at 1x unless you’ve used clams to wake her at the level she went into cool down at.

With the new Week we are seeing the another old style mini-game.

In order to be able to participate you’ll need to collect a BB Gun, you’ll get them here:

Once you have a BB Gun just tap on the Gun Icon in the bottom right of your screen.

After tapping on this, the mini game will appear.

You will see on the top of the screen the Rewards you can win from shooting Balloons. The amount of BB Guns  you have available in the Lower Left. The SHOOT button in the Lower Right. (If you’ve no BB Guns it will show Need More) Then in the center, you will see the circle that is essentially your target that you will use to get the Floats. It will turn green once you are targeting a Balloon. Remember don’t  SHOOT if the target is orange, move it until the target is green as below. You’ll just waste BB Guns.

This is really an “Aim n Shoot” kind of set up. You wait for a minute while the Balloons fly around, then move the circle to target them. It should turn green when a Balloon is in target, But again the secret of this mini-game is to try target more than 1 Balloon, so be patient and wait until you see a group of Balloons bunched together then target them and quickly hit SHOOT.

To do this put your finger on the Target in the middle of the screen and drag it around to where the group of Balloons are that you want to get.

You will then be given Rewards depending on how many Balloons you destroyed with your BB gun. I’ve managed to destroy 4 at once a couple of times.

The rewards you get will vary on how many Balloons you destroy at a time.

You will be able to start seeing Paparazzi straight away.

Like previous weeks you’ll find them wandering your sidewalks. 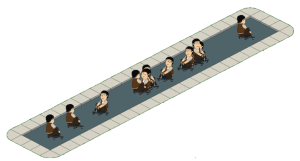 And here’s a reminder where you can get those Grenades.

The rewards you get will depend on how many Dust Mites you clear.

There you have the overall basics to get you started through the final Week of the latest Event. Where are you so far? Anything particular you like the most? Suggestions or tips to fellow players? Let us know.