Do I Want That? Kung Fu Herbert

So you think you’re as rich at Carter Pewterschmidt? Own a fancy house like Buzz Killington? You sure gotta lot of clams there, whatcha gonna do with them?

BUY LOTS OF STUFF OF COURSE!!! 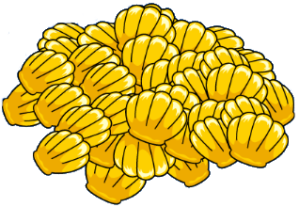 Now hold on there a minute. Are you SURE you want that? With all these cool Kung Pow Quahog limited time event items in the game, it is very easy to get carried away. Before you know it, Clamshell Shock! All gone!

So before you go ahead and buy the Kung Fu Herbert character costume with your hard earned Clams, here’s a few things you might want to know about him. 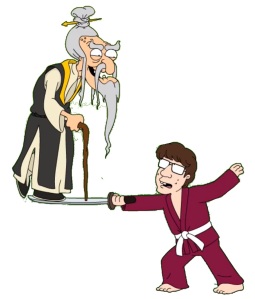 Although he has drops remember that the main benefit to having him in your game is his ability to immediately help you clear/fight Sumo and Killer Kung Pow Giant Chicken.

You’ll find a reminder of who else can help fight in your game HERE.

Personally, I only buy a character costume if it’s something I really want in my game, I rarely buy just because it will help in an event. And this one doesn’t tempt me at all, now I’ll be honest and say I wouldn’t buy a costume for Herbert even if it was a Tigger skin, I just don’t like the character, but I’m thinking on this objectively and the price is as always too high for a costume just to help in the final few days of a month long event. I did buy Tai-Jitsu Lois and she really helped in Phase 2, however personally I’m going to pass again on this premium and see how I go with the fighters I already have. I did okay without Yogi Fighter Brian in the last phase and I’m quite chilled as to whether I get the Kung Pow Giant Chicken costume, so no way will I drop 250 clams to help me just get that. But I have to say if you decide to buy him he will be a big help in progressing through the phase as it will help in the two of the toughest areas of this Phase, inflicting damage on Sumo and Killer Kung Pow Giant Chicken. If you’re short on time, or like a hand up in events this is a very tempting just like Walking Joe in Phase 1, Tai-Jitsu Lois in Phase 2 and Yogi Fighter Brian in Phase 3. He’s also got material drops but think wisely if you’re buying him for those as having him on the tasks may interfere with using him for attacks. Although I’ve personally not pulled the trigger and bought him I have to say he and the other premium costumes released during this event have been of more use than most other premium costumes/characters have been during events in the past. We said we wanted premium characters/costumes to be more useful during events, looks like TinyCo has listened with this one again. But as I say even when I take my personal dislike of the character out of the equation, I’m not buying as the cost is too high, and I’ve not got my heart set on getting the Kung Pow Giant Chicken costume. If you really want that, especially if you don’t have Giant Chicken who you get along with the costume, and have NO other premium fighters then you may just splash the clams.

With it being part of a Limited Time Event, just make sure you make up your mind as once the event is over it is most likely they will be gone. In the end it’s your call.  What you buy and what you don’t buy is your own personal choice we can only guide you on the facts and let you know what we did and what we think.  But don’t purchase it until YOU are sure. ALL SALES ARE FINAL!

6 responses to “Do I Want That? Kung Fu Herbert”