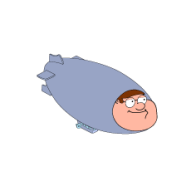 END_OF_DOCUMENT_TOKEN_TO_BE_REPLACED

Posted in Clams, Decorations, Family Guy Addicts, Where The HELL Did That Come From

Freebies from the Full Moon

Is anyone else thrilled to see those mummies finally disappear?  I know I’m just happy to have Quahog back to normal, with out stuff roaming around constantly! Anyway….

Just popping in with a quick rundown of some AWESOME freebies that TinyCo has dropped in our games with the removal of Kingdom of the Full Moon.  Some of you (actually many of you) may already be aware of these freebies, but I know there are still some out there that don’t know a thing about them….

So here’s the deal…

With the removal of Kingdom of the Full Moon TinyCo has decided to give players a few extras…FOR FREE!  What’s better than free right?

First up, the Sandy Pyramid.  This can be found in your building menu (shopping cart).  It’s much smaller than the initial Pyramid that was placed in Quahog with the start of the event, but it’s basically the same thing.  At a size of 6×6 this free sandy pyramid will either bring back fond memories of a fun event, or send you screaming for the hills!

The pyramid earns nothing and is just a decoration in Quahog, but it does look pretty cool along the beach!

Next we have Cleveland’s House!  As one Clammer said the other day…Cleveland really needs a house!  You ask, TinyCo delivered and for FREE!  You can find Cleveland’s house in your inventory.  The house earns $30, 20xp every 4hrs.

This 6×8 purplish home will also be the place where you can finish unlocking Cleveland, if you weren’t able to finish during the event.  So once you build it Cleveland will be out front, if you don’t already have him unlocked, waiting for you to finish unlocking him.

Finally the Museum.  Now I know this isn’t a FREE addition to the game, but it’s still some pretty useful info.  This cost Butts during the event and can now be found in your Inventory.  While during the event it earned Butts, this 5×6 building will now earn you $60, 30xp every 8hrs. 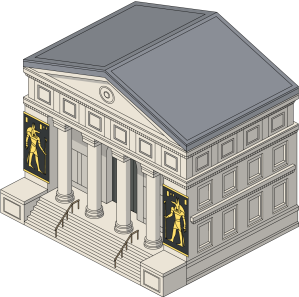 So there you have it my fellow Clammers, some fun additions (and FREE) to TQFS with the completion of the Full Moon Event.  What do YOU think of the stuff?  Were you excited to see Cleveland’s house?  How about the Pyramid?  Did you discover this on your own, or is this the first you’re hearing of it?  Sound off in the comments below, you know we LOVE hearing from you!

What do we think is next for TQFS?  Will they have a 4th of July update too?  Only time will tell…we’ll have to wait and see fellow Clammers! 🙂