Guys In Black Event Is LIVE!!!

Here Comes The Men In Black!

Just when you thought it was safe to live on a farm. In comes crashing some ugly roach looking but that decides to take Edgar and make a suit out of him. Then these strange guys in suits show up to Flashy Thingy you an… wait… what was I talking about?

An Intergalactic Event has been dropped into our silly lil game and our Quahogs are running amok with some very unusual creatures. Just what does this Guys In Black Event have in store for us? Let’s take a peek. 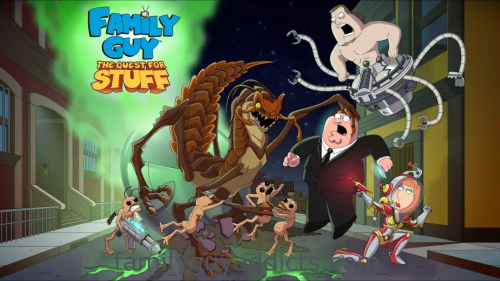 Remember, we are pulling information live and updating the post as we can verify the stats in the game. Keep checking back to the post as we will put in the details as soon as we come across them in our games.

First up, the Basics

CURRENT POST IS IN PROGRESS. PLEASE KEEP CHECKING BACK FOR UPDATES AS WE VERIFY CONTENT LIVE IN OUR GAMES
******** 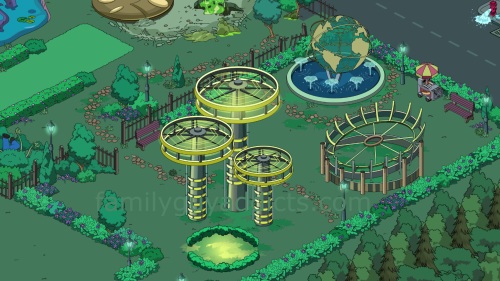 During the Main Questline, The New Black Pt 3, you will be directed to go to the World Expo Tower to see who is there.

Tapping on the Hammer will show it will cost $10 and take Zero seconds to Unlock. Once you complete this Repair, you will find the Worms and start their 7 day timer.

NOTE: If you have only one or two “Workers” to clear land, you may want to keep them available to unlock The Worms first. Otherwise you will be waiting 3 days or spending Clams to speed up the clearing of the New Land.

This is a Bad Guy for Phase One. You will use a mix of Characters to battle the Ballchinians to earn Materials for items in the Event. You will be able to see what the Ballchinians Hit Power is and use it to determine what Character will be the best to use to defeat them. I started with 5 in my game

Arrest Warrant (Uncommon): Secret Weapons Room OR Mort Put Up Wanted Posters OR Jerome Hunt Bounty OR Agent Pee Peter Push Paper
***NOTE: The Tasks will NOT currently show up until you unlock one of the Characters you need for the Battles, like Zed, Agent Pee, or the Worms. I am checking in on this one to see if that is as intended. ***

Example:
I could send Zed to attack a Ballchinian. Both have the same Hit & Health Power. If both hit each other with just -4, then the battle is a loss as they still each have 4 Health left. I will get the Loss Rewards, but I can battle again to take his remaining 4 Health.

If I attack with Zed and he hits a Knockout +8, then I will have won the battle and get the full Win Rewards

You will be able to tell if you attacked one already as their Health will show above their head while they walk around in a Heart once they are battled and have some remaining.

These cute lil Alien Babies will launch into the Event during The New Black Pt. 2. I started with 6 in my game. This is another type of Bad Guy you can defeat to earn Materials.

During the Main Questline, The New Black Pt 4, you will trigger Edward the Bug. You will have to wait for him to appear before you can battle him. In the meantime, collect Extra Strong Bug Spray to use on him.

Battle with Edgar the Bug will be similar to the Ballchinians in that you will select Character to battle, possibly losing health while doing so and possibly needing to battle more than once to defeat. Then when defeated, you will earn Materials for the Event.

You will find Edgar by his crashed ship in the Event Area when he shows up. 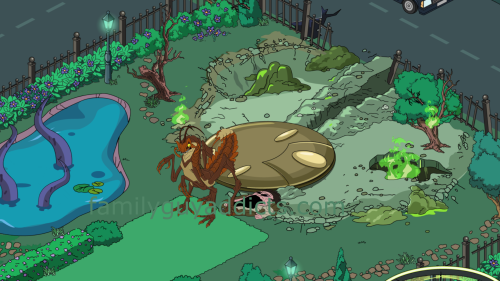 Example: Edgar has a lot higher Health (16) than the Ballchinians (8), so you will need to attack him multiple times with one Character or wait til you have the Worms and/or get Zed to be able to do more damage at one time on him. Right now, all 3 together will still only offer 14 Damage… unless more knockouts are awarded. So it is a likely chance multiple battles will be needed to destroy him.

Much like previous Events, we do not go too into specifics on the Leaderboards outside the basic stats.

Keep in mind they are OPTIONAL. This means YOU play at YOUR OWN RISK! It will not be easy, it will be a constant battle, and most likely take a lot of time and/or Clams to hit the upper spots. Again, OPTIONAL.

You will be able to move up the Leaderboard depending on by earning MIB Badges, like by battling Ballchinians & Edgar the Bug in Phase 1 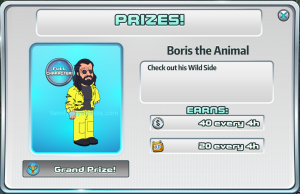 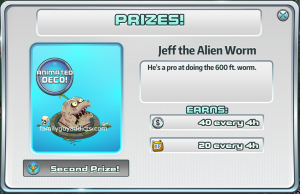 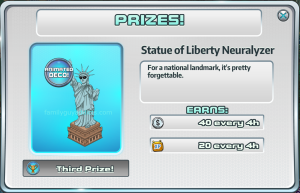 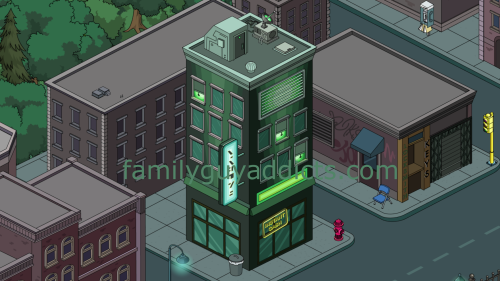 In the Event Area of your game, you will see on the upper side a Tall Green Glowing Building. This is Jeeb’s Pawn Shop. This location is where you will be able to EXCHANGE one Material you earn for another you will need during the Event.

For Phase 1, you will see the following kind of Exchange Options (varies by Player) 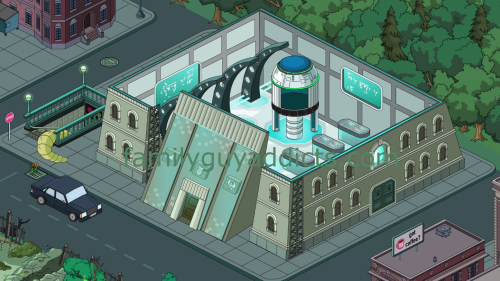 In the back center of the Event Area, you will see a Square-ish Building with the roof open so you can see inside. This is the MIB HQ.

The MIB HQ is where you can use acquired Materials collected to CRAFT Buildings, Decorations, and potentially Characters/Costumes for the Event. For this part of the Event, they will have to unlocked in order.

Here is the list of items I see for Phase 1… 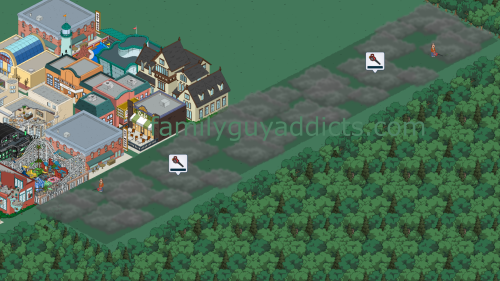 As I noted on the other post, there is a small strip of land available to purchase with your coins and unlock in your Quahog. It will be in the far right lower corner of Quahog.

NOTE: If you have only one or two “Workers” to clear land, you may want to keep them available to unlock The Worms first. Otherwise you will be waiting 3 days or spending Clams to speed up the clearing of the New Land.

There you have it. The Overall Look at the New Guys in Black Event. Keep an eye out for more upcoming posts that will go into more detail for many items listed above.

Thoughts so far? Any favorites? Tips to help fellow Players? Got the Men In Black song now on repeat in your mind? Just me? Let us know.