Just thought I’d put together a little overview of Quahog Historical Society to  answer the questions I’m seeing in the comments, and a few I’ve not seen yet but I know will come. So take a peek below to see if I’ve managed answer all your queries, and if there’s anything else you’re wondering just ask me about it in the comments.

What is Quahog Historical Society? 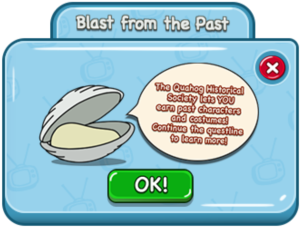 This is the feature many of you have been waiting on, a way to collect characters and costumes you’ve missed.  And this new feature contains lots and lots of them, however be aware it’s not every character or costume ever released, there’s been 837 characters and costumes released before this event. But this feature is bringing back over half of them, 488 characters and costumes are available. And if you’re wondering why a particular character isn’t included, it may be because some characters had time limited licensing terms so can’t return now. But there’s hopefully something for everyone here.

Please remember this is permanent so unless you choose to spend money to rush you can work away freemium. There is nothing in this that forces you to buy Medals rather than earning them. It’s your choice if you spend money, as it’s not necessary if you’ve got patience.

Also I’d like to get your comments, thoughts and feedback on Quahog Historical Society to pass to support, therefore please take the time to leave a comment by clicking here.

What is the Quahog History Lesson Questline?

It’s a just a short 3 part Questline to introduce the new feature. You’ll find a post with it HERE.

You just tap on the QHS button in the bottom left of your game, it looks like the Icon above.

How do I unlock characters/costumes in Quahog Historical Society?

Quite simply you buy them with Medals.

How much do characters/costumes cost in Quahog Historical Society?

If you already own the character/costume it will show as unlocked.

Where do I get Medals to unlock characters and costumes?

You can get these in various ways.

You’ll be happy to hear there’s a few freemium ways, these are:

Putting  characters on their GO FOR GOLD 8hr task.

Sorry but you won’t get Trophies rugs way in future, seemingly awarding them this way was a mistake.

Buying Medals in the Medal Shop, the cost of packs will vary depending on country you’re located in.

You can see how many you have by looking at this icon in the Quahog Historical Society screen.

So far I’ve checked out over 100 characters from Tan Lines and all have the 8hr task GO FOR GOLD which drops 1 Medal.

But the task isn’t at the top of the task list so you’ll need to scroll down in the characters profile to find it. I have asked support if it could be put to the top. But this is the task your looking for, even although it doesn’t show the Medal icon it does drop 1.

What are the trophies I see?

These are awarded mainly for unlocking or purchasing  new characters and costumes in events.  You’ll also be awarded a free one for completing part 3 of Quahog History Lesson. They can be traded for 1000 Medals.

You can see how many you have by looking at this icon in the Quahog Historical Society screen.

How do I know when a Trophy is available as a reward?

You’ll see when a Trophy is up for grabs, like in this example for Prison Peter. As you can see there’s a Trophy above his head. 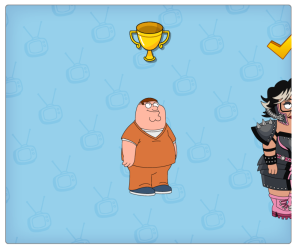 You’ll also see these instead of the final unlock item in full characters you can unlock, this means you’ll get awarded one when you fully unlock that character, if you look at Prison Wife you’ll see what I mean. 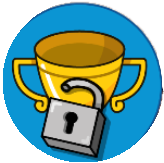 If you purchase a premium character/costume you’ll automatically be awarded a Trophy.

What if I don’t completely unlock a character/costume and don’t earn the trophy?

It’s the same system for character unlocks, this is one of Prison Wife’s items, here you see the reward is 250 Medals. This figure is 1000 Medals, (what a Trophy is worth), divided by 4, (as that’s how many different unlock items she has).

How do I trade Trophies for Medals?

Go to the Quahog Historical Society screen and click the icon above. You’ll then see the option to convert a Trophy for 1000 Medals. 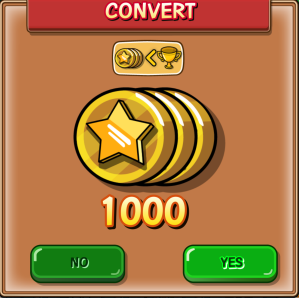 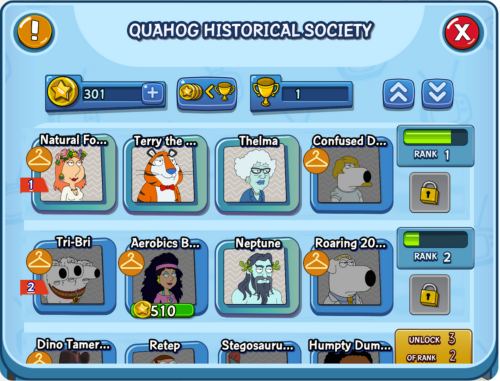 These are a set of 4 characters, and you unlock ranks as you progress in Quahog Historical Society.

What happens when I complete a Rank?

When you complete a Rank, you will earn clams, as you can see above I got 25 clams for completing Rank 1. Unlocking 3 characters/costumes from a rank should unlock the next available Rank. Be aware only Ranks 1-4  are open initially, other Ranks will open weekly.

But there’s a glitch, for some of us as completing the requirements for opening Rank 2  isn’t working, I’ll discuss this further on in the post.

This isn’t the glitch I’m referring to but deliberate, Rank 5 doesn’t open until next week, and after this we’ll see further ranks open each week. As you can see above there’s a timer counting down until each new rank opens.

How many Ranks are there?

Lots and lots, at the moment there’s 122, and if they stick to the current rate of weekly openings, Rank 122 won’t open until 15th February 2022. So this isn’t something you’ll be able to rush through. Of course we may see the unlock periods adjusted and we’ll move through ranks quicker, I’ll keep you posted on this.

It’s also a total of 488 characters and costumes that are up for grabs, including many that were, and some that still are premium. . Sorry but Kool-Aid Man seems to have disappeared from QHS.

There’s a glitch where some players, including me, can’t progress as Rank 2 isn’t opening for us. It appears to be mainly affecting players who already had all the Rank 1 characters already and support are looking into a fix for this.

Hope this helps answer some of your questions!!!