They’re In My Game, Why Are They Locked?

Lately we’ve been getting a number of questions about why some characters are locked in TQFS, and how can you unlock them.  In particular Tricia, Connie, Stewie, Carter & Mayor West.  In addition a few new costumes have been added to the game with the last update, an we’ve been getting questions about why the costumes aren’t unlocked for some people, in particular a costume for Peter that says unlocks at level 1.  So let’s take a look at these locked up characters and why they aren’t in YOUR Quahog just yet…. 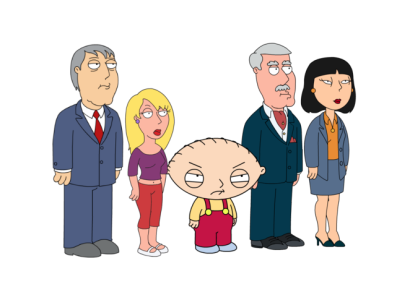 You you may be seeing this in your Quahog with you look up these characters:

These characters are still locked, what gives?  Well…here’s the deal with these locked characters.  While you see them listed as locked, they’re not actually in the game yet.  Consider this a look in the “files” of TQFS.  TinyCo is basically telling you what’s to come in the game with future updates!

So, there’s nothing wrong with your game at this point if you can’t unlock these characters.  They just haven’t been released by TinyCo just yet.  Like I said, consider these guys a preview of what’s to come in the near future!

You might also notice this with some buildings, decorations & characters:

When it comes to buildings and decorations, if you’re in the Civic Center and there are buildings/decorations still locked for you….those locked items are part of a future update.

As far as costumes are concerned.  If you don’t see it listed as part of the character in the character overview page, it hasn’t been fully released yet & will be part of a future update.

Hopefully this helps ease your mind as to why some characters are still locked up for you.  So you can relax, there’s nothing wrong with your game!  As soon as one of these locked characters, decorations, buildings or costumes is released in the game we’ll be sure to let you know.  For now, go back to building up that income…you’re going to need it for the future updates!

What do YOU think of the concept of the locked, unreleased, characters?  What are your thoughts on knowing what’s coming in the game, but not being able to access it just yet?  Sound off in the comments below, you know we LOVE hearing from you!

36 responses to “They’re In My Game, Why Are They Locked?”